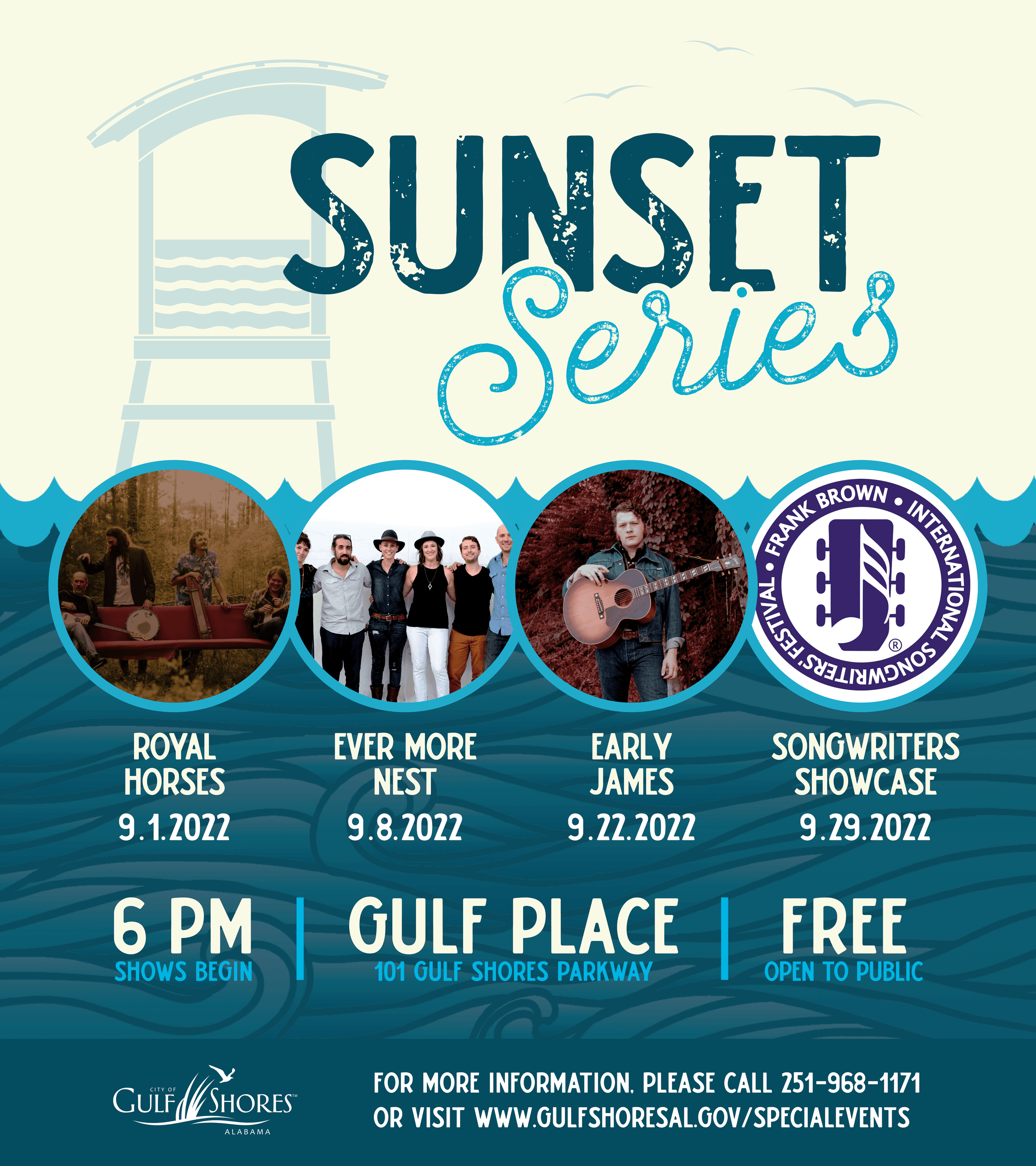 Each fall the City of Gulf Shores hosts Sunset Series on the Town Green at Gulf Place. These free concerts consist of 2 hours of live free music overlooking our beautiful white-sand beaches at sunset. The Coastal Alabama Business Chamber is typically onsite selling beverages for all ages to enjoy, as well as a food truck for patrons wishing to purchase food.

Stay tuned for more information on our music lineup for the 2022 Sunset Series.

Royal Horses
Born in the South and raised on a variety of American music, Royal Horses creates a sound that embodies the musical melting pot that is Mississippi, and serves it up with a modern sensibility. Armed with electric guitars and. Royal Horses can take you strolling softly down a country road, crashing through a briar patch, or soaring through the stratosphere on a rocketship of sound.

Early James
Early James is a combination of roots, rock, the lonesomeness of the blues and tongue, and the cheek of classic country. James’ voice conjures a century’s worth of American barkers and crooners, from Alan Lomax field recordings to mid-century iconoclasts like Billy Holliday and Howlin Wolf to ghostly late-century interpreters like Fiona Apple and Tom Waits.