The City of Gulf Shores will celebrate the 42nd Anniversary of the Mardi Gras Parade on Tuesday, February 25, 2020 at 10 a.m.

Participate in the Parade

2020 Parade Application and Rules
Anyone interested in participating in the parade can do so by completing the application. To print and fill out an application, click here.

Mail or Email your application to the event coordinator.

The 42nd Annual Mardi Gras Parade will begin at Clubhouse Drive and continue down Highway 59 to Gulf Place.

The City of Gulf Shores would like to make all residents and visitors aware of the following traffic flow modifications related to the Mardi Gras Parade: 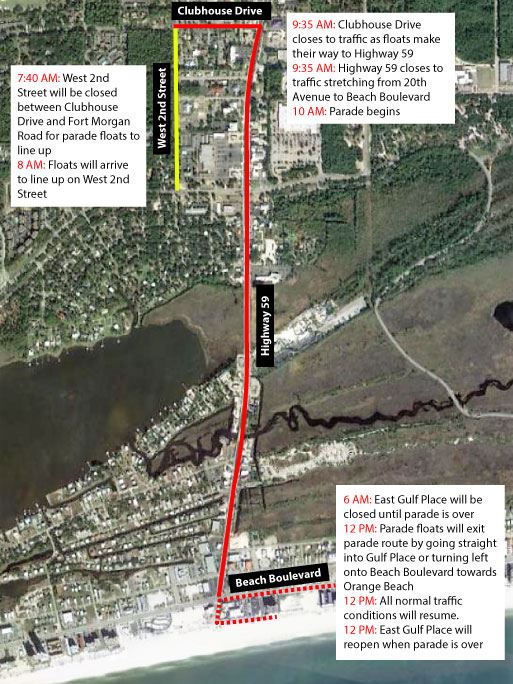