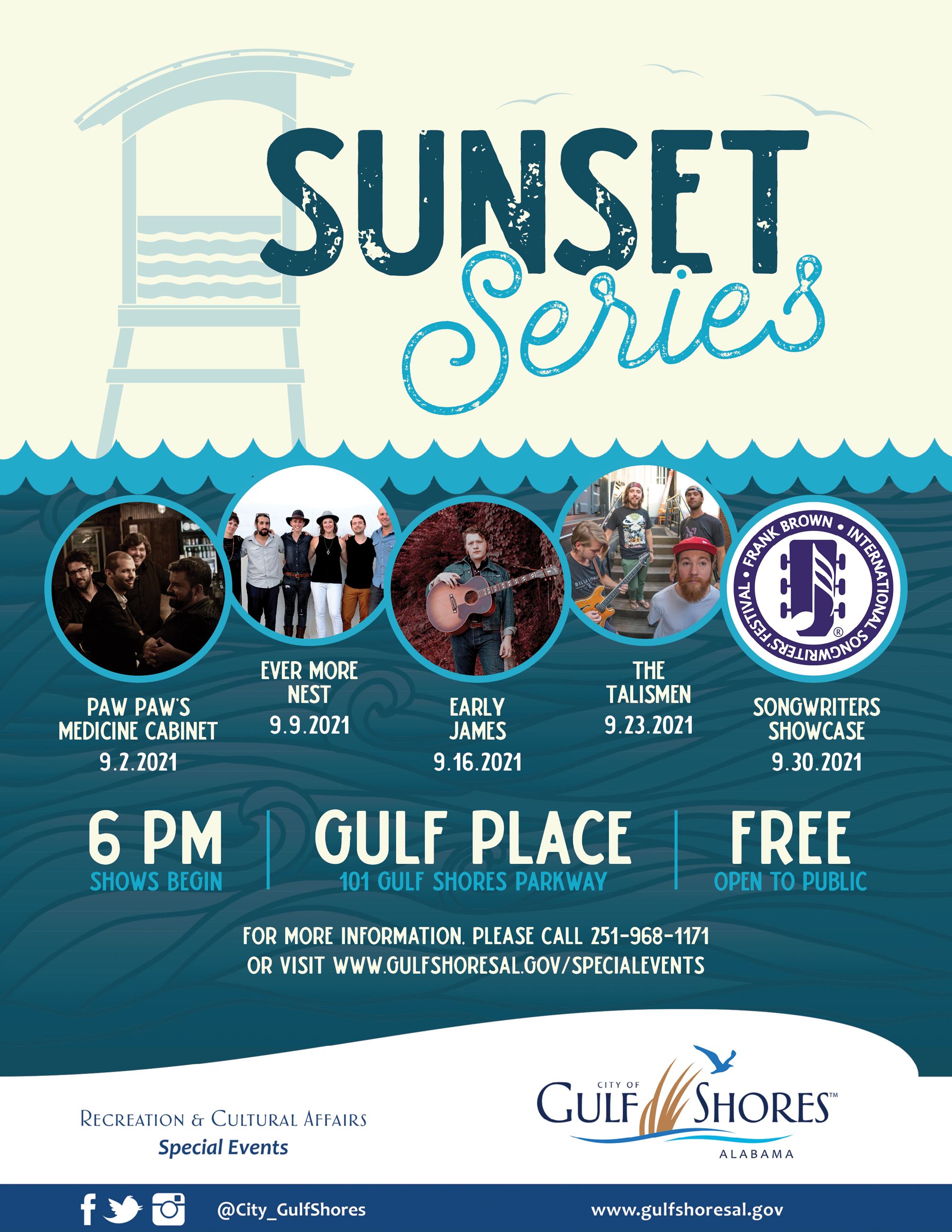 The City of Gulf Shores is excited to announce the 2021 lineup for Sunset Series. These concerts are free to the public, and will take place each Thursday in September on the Town Green at Gulf Place – 101 Gulf Shores Pkwy. from 6-8 p.m. Residents and visitors are invited to bring their friends and lawn chairs and join us for concerts at sunset.

All Sunset Series concerts are free to the public. Food trucks will be set up for those wishing to purchase food, and the Coastal Alabama Business Chamber will be present selling soft drinks and beer.

For more information about the Sunset Series, contact the Special Events Division at 251-968-1171.

Early James is a combination of roots, rock, the lonesomeness of the blues and tongue, and the cheek of classic country. James’ voice conjures a century’s worth of American barkers and crooners, from Alan Lomax field recordings to mid-century iconoclasts like Billy Holliday and Howlin Wolf to ghostly late-century interpreters like Fiona Apple and Tom Waits.

The Talismen formed in 2015 in Montgomery, AL. These talented musicians have been learning and growing as they entertain audiences all over the Southeast. The Talismen put on a show containing soulful and funk-filled originals along with some music of their favorite artists from across the jam, rock, and funk spectrum.

The Songwriters Showcase will be a preview to the Frank Brown International Songwriters Festival. The night will kick off with the Krickets and will be followed by three Nashville hit songwriters: Jon Nite, J.T. Harding, and Lindsay Rimes.